250 million years after the Big Bang light started to be emitted from the new universe. The period to then is called the dark ages of our universe. Now, we’ll be able to see that first light.

Looking back into time with the James Webb telescope we’ll see what our new universe looked like 250 million years after the ‘big bang’ when that first light was emitted. It has traveled so far that ‘red shift’ (light’s version of the Doppler effect) makes it visible in the ultraviolet range. The Webb is the largest ultraviolet telescope ever put into space. It is the size of a tennis court and resides one million miles from earth. It is parked in one of 5 Lagrange points called L2. In the coming months and years great discoveries will be made from what it sees.

Here is a live view of data from the Webb telescope. Now, what is hoped to be years of some of the most important discoveries man has made will begin. 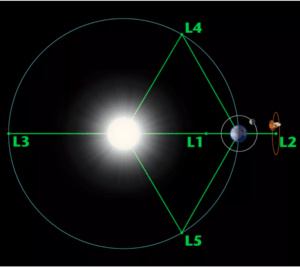